#15.
Custom: The Lighting of the St Paul’s Christmas Trees
About: A special annual service in which the crib is blessed and the Christmas trees are lit. It’s hard to find anything concrete about its history – but it’s not as old as you’d expect. In fact, even as late as the 1930s, one writer states that the chapter of St Paul’s felt uncomfortable introducing the Christmas tree lights ‘innovation’. 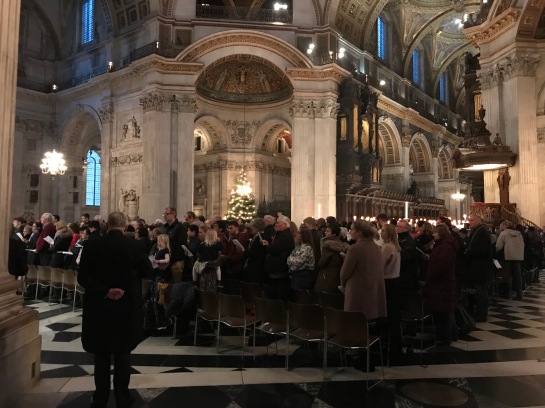 #16.
Custom: The Ceremony of the Keys
About: It’s said to be the oldest military ceremony in the world, performed nightly for 700 years. At 9.53pm, a 7 minute long, faultlessly choreographed tradition takes place, as the Yeoman Warders and Queens Guard lock up the tower for the night. Tickets to watch it are free, but they go 12 months in advanced. Nonetheless, on the night I saw it (the 21st December) 40 people didn’t show up – so the ten of us that made it were treated to a private tour of the tower and the guard room by the very generous beefeater, Moira. 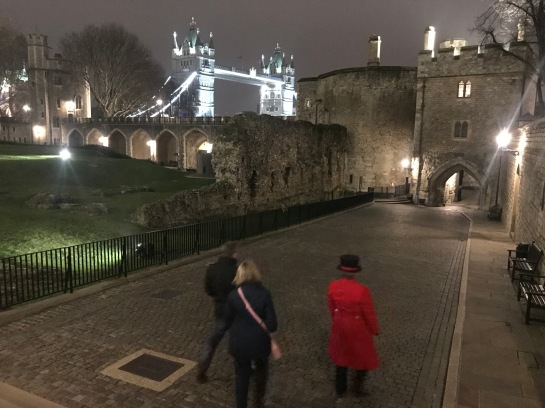 #17.
Custom: The Boxing Day Mummers Play
About: Mummers plays are one of the oldest surviving traditions of the British Christmas. This one, performed outside Gloucester Cathedral on Boxing day, has been going for about half a century. It follows the traditional structure – two characters engaging in combat, revived by a quack doctor. Several Morris sides also perform (including my Grampy’s old side – Lassington Oak).