Thoughts on 2018:
The Big Stuff:
This was a year of finding our footing again. It took a while, but we’re now pretty settled into parenthood. I took three months off work to look after the sprog. I can’t say I did anywhere near as a good as job as Soph did, but hey – we survived. We went on a few short trips away as a family, and I took a few trips away with friends too. Work was less climactic than last year, but I got to spend a lot of time with some good clients on some exciting projects. I spent some time acting as trustee for Depaul UK but found I didn’t have much time for my own side projects.

The Small Stuff:
Played squash most weeks, until it got too cold in December. Lots and lots and lots of walks to Starbucks in Mile End, in the hope sprog would fall asleep en route. Plenty of fuck-ups. Plenty of melt-downs. No music gigs, one comedy gig, a couple of films – but what to expect with a 1 year old. The first of (hopefully) many BBQs at our new home. Dry January and Dry October, with a holiday-ish run up to Christmas. 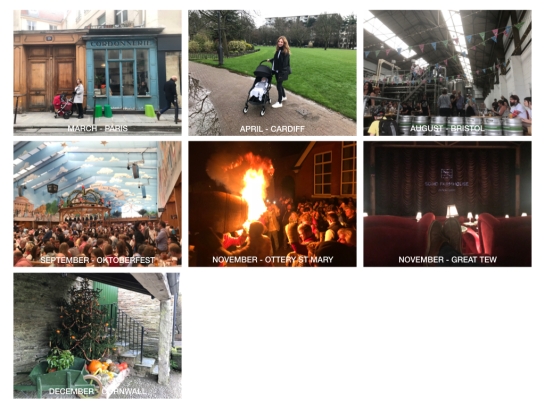 Quote for the year:
“Dad seems to be coping okay. No parental concern.”

Number of photos taken: 9825
Number of songs starred on Spotify: 72

Museums visited: 13 (including the V&A Museum of Childhood many times…) 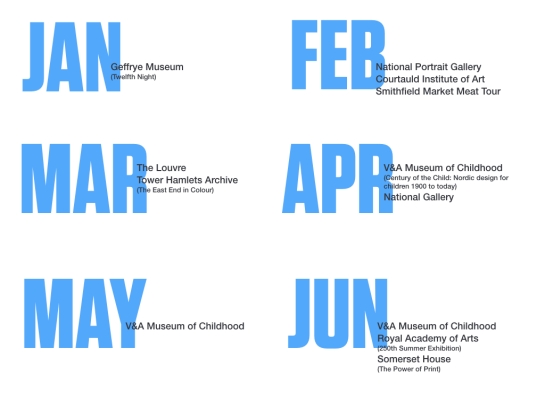