#18.
Custom: The Blessing of the Throats
About: All ceremony and no pomp. Following catholic mass on February 3rd, two candles are held up to the throats of worshippers – and their throats are blessed. CalendarCustoms described the St Etheldreda’s service in Holborn as the most celebrated in London, so that’s where I went. 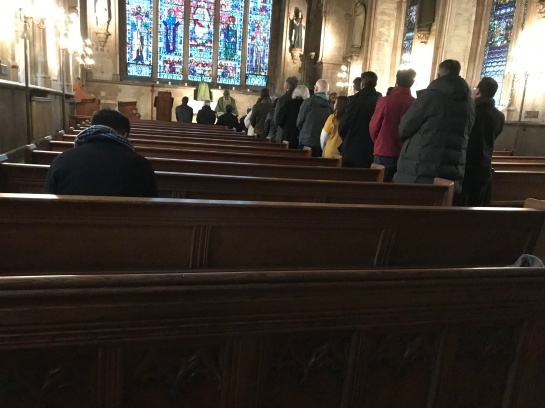 #19.
Custom: Sir John Cass Founder’s Day
About: Another church service, but this one was certainly livelier… The Lord Mayor of the City of London and LOADS of school children are present, all to celebrate the founder of the Sir John Cass foundation and its associated schools. All attendees wear red feathers – a symbol for Cass’ blood stained quill. He signed his will (and the money to fund the schools) as he was dying, causing much controversy over its authenticity. 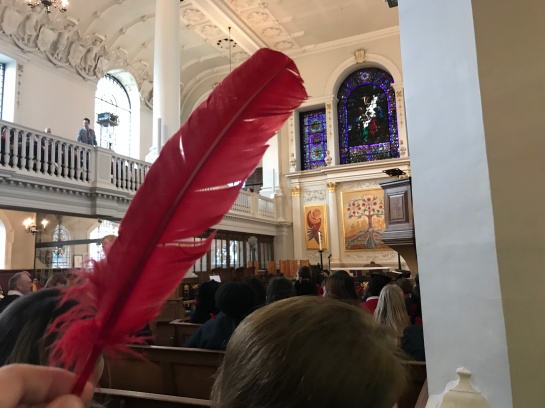